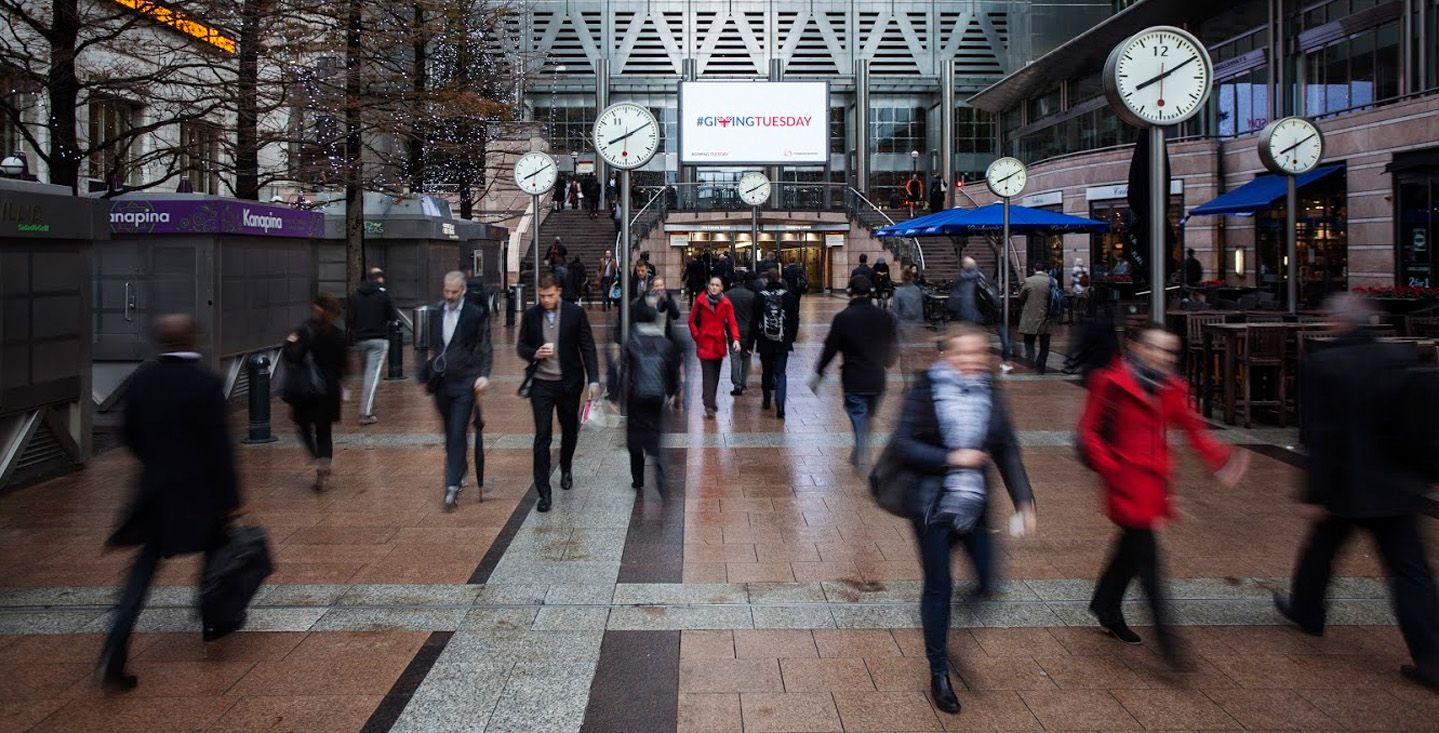 We’re proud supporters of the global movement which celebrates all things charity on a single day, #GivingTuesday.

You may have seen #GivingTuesday’s full-page advert in the Financial Times last week highlighting what the day has achieved and how your company or organisation can get involved.

It’s come on a long-way since its introduction to the UK two years ago by the Charities Aid Foundation (CAF). In that time, the event has been lovingly nurtured and now includes thousands of charities, hundreds of companies and seen by hundreds of thousands of social media users... last year more than £6,000 a minute was raised for UK charities, the world record for most amount of money donated online in 24 hours was broken, and it was the number one twitter trend for the day.

Started in the US, the day aims to be a charitable antidote to the "Black Friday" and "Cyber Monday" sales which traditionally dominate the American airwaves around Thanksgiving weekend.

Unlike other major charitable days #GivingTuesday enables any charity, large or small to get involved and piggy-back a global social media movement. It demonstrates the positive impact of organisations and charities coming together for one day, united in delivering social good and, most importantly, shouting about it to new audiences who don’t necessarily engage with charities on a regular basis.

Woah. Thank you @FT for your incredible support of this year's #GivingTuesday pic.twitter.com/A30HIzPm0x

Last year charities who creatively engaged with the day included Send a Cow who launched their own spoof John Lewis advert on the day. Marie Curie used the day to get everyone in their organisation to personally thank their donors, and the MK Community Foundation pitted local businesses in Milton Keynes against one another to raise cash for local causes. We’ll be keeping an eye and ear open to see what creative events charities come up with this year on Tuesday 29th of November and we'll share the best of the day over on our twitter.

As the Social Good Guys we’re delighted to be supporting #GivingTuesday this year! See how your charity or company can get involved over at their website.

If you want to help now, you can join their social media thunderclap here.